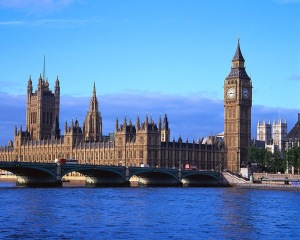 I am tempted to send a copy of The Frugal Life: How to spend less and live more to the House of Commons. That way, MPs wouldn’t have to waste more taxpayers’ money by buying their own. After all, we can’t expect them to pay for it with their own money, can we?

It’s obvious from the Daily Telegraph’s exposé on MPs’ expenses last week that some of our so-called honourable members could benefit from a frugal makeover. Perhaps Margaret Beckett could save on her hanging baskets by swapping plants with her neighbours. John Prescott could find his next loo seat gratis from Freecycle (second hand – one previous careful owner), while Andy Burnham could source a used (slightly soiled) bathrobe from a charity shop and take some DIY classes. I think it could work!

I wish I could say I was shocked by what some MPs have claimed or tried to claim on expenses. I’m not. Sadly nothing this government or our opposition does surprises me anymore. Although I have to say I was taken aback by the sheer scale of it. Who on earth has the audacity to claim for three different homes at once and keep changing their ‘second home’ to enable them to do so, or for dog food and Kit Kats? It’s baffling that under the current system MPs seem to be able to claim for so many purchases. If you’re self-employed, the HMRC rules on what you can and can’t claim on expenses are far more stringent. You can claim for petrol and part of your council tax, but you certainly couldn’t claim for Tampax or a chocolate Santa Claus. I’m an Essex girl but I wouldn’t dream of claiming for jellied eels – I hate the things anyway.

The worrying thing is how deep this pocket lining mentality seems to go. Don’t get me wrong – I am sure there must still be people somewhere in the Palace of Westminster who are there because they want to make a difference, not because they want to take us all for a ride. At least I pray there are still such people. My grandfather was an MP decades ago at Stormont so I know that they work long hours and, unless their constituency is close to London, they have to live in two places which can be difficult. They obviously need a good system that enables them to do this. But don’t they have any idea what their constituents are going through at the moment? Perhaps some of them spend so much time filling out expense claims that they haven’t lifted their heads long enough out of the trough to notice there is a recession on and people are losing their jobs and homes?

Personally I don’t think that the offenders being told to ‘say sorry’ is good enough. They don’t mean it – they’re just sorry they got found out, that’s all. Considering the dire situation our economy is in, those who got away with making outrageous expense claims should be made to pay the money back and fined, just as anyone making improper self assessment claims would be if they found out by HMRC.

What do you think about the expenses scandal? What should MPs should be able to claim for? Leave a message and let me know. (Click here to sign our petition to raise the Jobseeker’s Allowance)

This entry was posted in News and politics. Bookmark the permalink.