Posted on October 6, 2009 by piperterrett 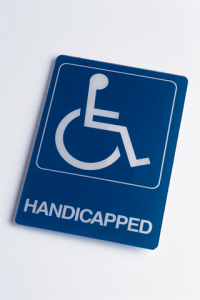 I’ve just returned from a welcome break during which I deliberately avoided doing anything that might annoy me, such as watching party political conferences on TV. But now that I’m back in the saddle and catching up with all the news, I found myself reading about the Conservative party conference and the Tories’ latest idea to cut the nation’s debt. They say they want to make as many as possible of the UK’s 2.6m incapacity claimants go back to work. They plan to introduce tough medical testing for claimants to weed out fraudsters, cut people’s benefits and force many of them to look for a job, plus they will also launch new training schemes and apprenticeships. They say that, as well as saving the Treasury £1bn, it is all part of a campaign to help the poorest people in our society better themselves.

I find the Tories’ idea particularly curious in the light of some books I’ve been reading about life in the 19th Century.  On one hand things were so different then. The poverty and conditions many people in the UK lived in were truly horrendous compared to those in the 21st Century – we no longer have children here working in factories or raw sewage in the streets. But on the other hand, many of the attitudes and concerns people had about assisting impoverished people then were similar to those we hold today.

Before 1830, people were given what was called ‘outdoor relief’. They stayed at home and were provided with ad hoc financial assistance on a local level to help them make ends meet. But the attitudes of many influential people were that poor people or those who were unable to work were the architects of their own misfortune due to drunkenness or laziness. Along came the government’s reformers, led by Edwin Chadwick, who decided that the nature of home-based ‘outdoor relief’ made the option of relying on handouts too attractive. They decided to abolish it and instead build workhouses around the country to house anybody who fell on hard times and were unable to feed themselves.

Workhouses were deliberately designed to be as unpleasant as possible to deter anybody from seeking relief there. The idea was that the mere thought of ending up in one would make ‘lazy’ people pursue an honest day’s work instead. However, little thought was given by the reformers to those who were blind or otherwise disabled and unable to work. Workhouse culture varied from place to place – some operators were more sympathetic than others – but mostly it was cruel and merciless. Families were split up, inmates were forced to wear uniforms, beaten, fed rotting food and given harsh, monotonous jobs to do such as picking oakum or breaking stones. In the City of London the windows of Mansion House were smashed many times by desperate individuals trying to get themselves arrested to avoid the workhouse – prison was considered a more attractive alternative.

Now, I’m not suggesting David Cameron will be building workhouses. I hope not, anyway. I also recognise that the benefits system is abused. The Tories estimate that there are 400,000 fraudsters claiming incapacity benefit and who knows what the real numbers are. But besides wondering where the jobs for these claimants will come from in a recession (shouldn’t a priority be creating jobs for the 2.47m unemployed who are fit to work?) it’s interesting to see that attitudes towards people who are struggling financially or unable to work haven’t really changed. Many of us still assume that they have brought it on themselves or are just lazy and fraudulently working the system for their own ends. What about the people who are genuinely too sick to work? Why should they be subjected to politically motivated medical tests when they already undergo stressful assessments?

Do you think means testing for incapacity benefits claimants is fair? Should claimants have their benefits cut? How would you change the system? Leave a message and let me know.

This entry was posted in News and politics. Bookmark the permalink.